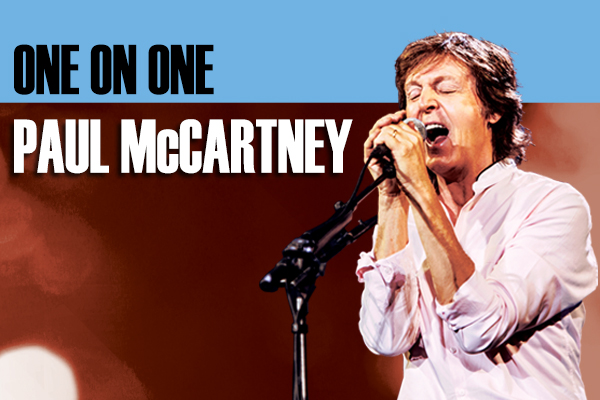 PAUL McCARTNEY
'ONE ON ONE'

As with the launch of every new Paul McCartney tour, 'One On One' promises to unveil a dazzling re-designed set, dozens of classics from the most beloved catalog in popular music, spanning Paul's entire career - as a solo artist, member of Wings and of course as a Beatle - and no shortage of surprises.